What is System Backup? A System Backup involves all of the system files, boot files, and program files. Usually, we need to back up the system and boot files at the same time to ensure that the operating system works normally. Today I found a backup software named AOMEI Backupper, it has a function of “System Backup”, which can automatically back up both of these two partitions, it only takes through it’s one-key operation can be done, rather than individual to backup them.

Now I’m going to show you how to backup system and boot partitions to an image file with AOMEI Backupper: 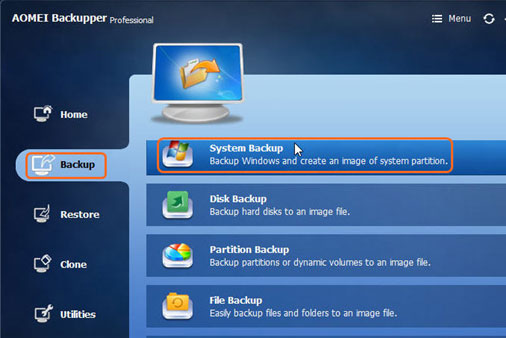 Step 2, you can modify  the “Task Name” on personal needs, and this operation can help you to distinguish it from other backup tasks. The system and boot drives have been selected as source partitions automatically by AOMEI Backupper at “Step1”. At “Step2”, you need select a destination path to save the system image file. And then click “Start Backup” to begin system backup. 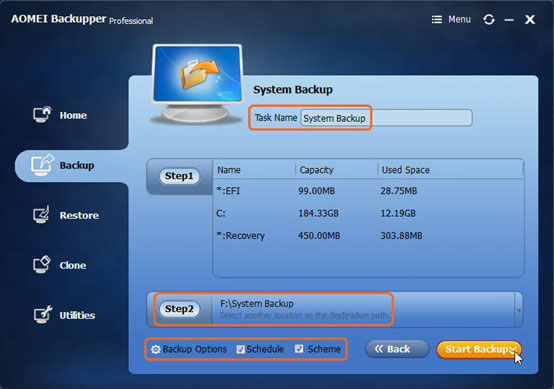 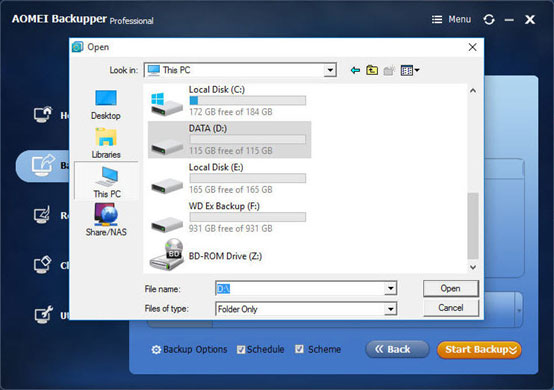 Step 3, when you click “Finish” option to exit, tick the box before “Check backup integrity on completion” to make sure the system backup image is valid for restore. And choose what you need your computer to do after system backup is completed. 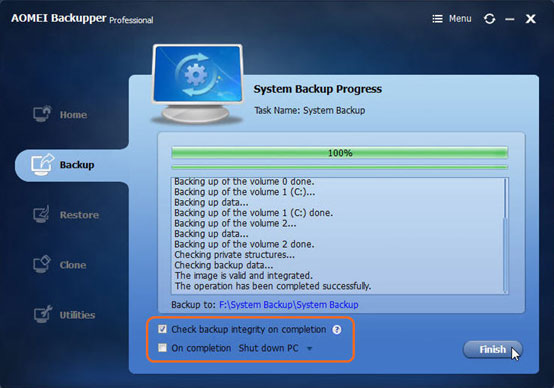 AOMEI Backupper is a simple computer backup software. There are just five tabs in its interface: Home, Backup, Restore, Clone and Utilities. It is easiest and faster for users, even you aren’t an IT expert. In addition, AOMEI Backupper standard is simplest free backup software protect System & Data of your PC, now AOMEI Backupper standard supported system backup, partition backup, disk backup and file backup. Then you will never worry about data loss or system failure. If you are interested, you can download it from here: http://www.backup-utility.com/free-backup-software.html