Honorable Minister Mr. Abul Maal Abdul Muhit, Ministry of Finance, Government of People’s Republic of Bangladesh placing his 10 national budgets altogether in the Parliament including the proposed budget for fiscal year 2016-17 on 02 June 2016. The proposed budget for the fiscal year 2016-17 is bigger by Tk. 760 billion over that of the outgoing fiscal. 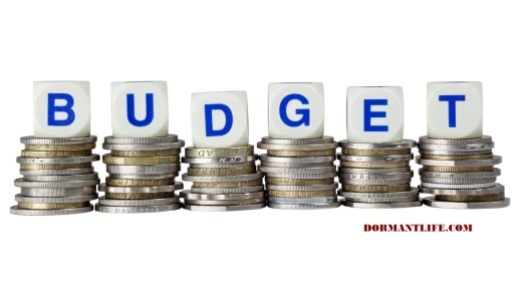 Source: Finance Division, figures in parenthesis indicate percent of GDP, a=nominal GDP at the time of budget preparation, b= Provisional estimate of nominal GDP.
Mr. Muhith estimates a 5.0 percent budgetary deficit in the upcoming fiscal. He plans to meet, as usual, the deficit through borrowing from external as well as domestic sources. But as far as foreign financing is concerned he appears to be greatly encouraged by the recent uptrend in the availability of external developmental assistance. 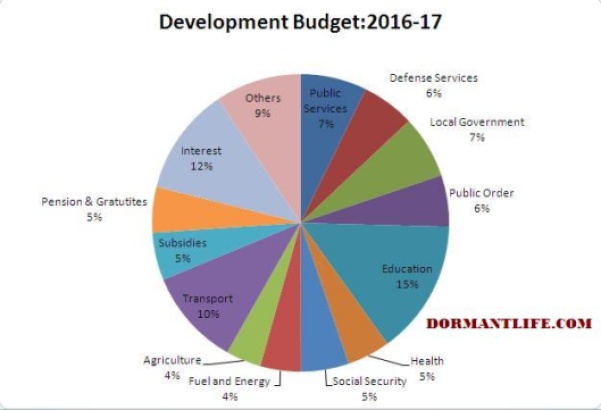 The government aims to achieve a GDP growth of over 7% in the 2016-17 fiscal year. Justifying the target, he said he believed government efforts to develop infrastructure would help maintain positive private sector investment indicators. As for the Annual Development Programme, Finance Minister said both its size and implementation would be stepped up. ADP implementation in the current fiscal is low compared to last several years. Also, government employees will get paid in the new scale, which will help increase consumption expenditure. He expected export, particularly to US and the EU, to rise and hoped the stable political atmosphere at home would continue in the next fiscal year. An upswing in foreign remittance inflows and gradual decline in inflation will boost individual consumption spending. The government has fixed a 7.2% GDP growth target taking all these into consideration, Muhith said.

The government aims to keep inflation below 6% in the new fiscal year. Reasoned that there were possibilities of a decline in prices of commodities, including oil, in the international market next year. The government has already cut oil prices at home, that will help reduce non-food inflation, said Finance Minister. On the other hand, prospects of persistent agricultural growth and improvement in domestic distribution system will help keep food inflation within a tolerable limit. Apart from these, for macroeconomic management, Muhith said the government would ensure continued harmonisation of fiscal and monetary policies. Based on these expectations, the government has fixed a target to contain inflation at 5.8%, he said.

The government has decided to fully implement the new Act from 1st July of 2017, Mr Muhith said in his budget speech in the parliament. The Value Added Tax (VAT) and Supplementary Duty (SD) Act 2012, to continue the existing VAT Law 1991 in the upcoming fiscal year 2016-17 also. He add” Our objective to implement the new Act has not changed. We will implement the new Act just after one year” He has proposed a mix of amendments to the existing VAT law to introduce some of the provisions of the new piece of legislation that has been kept in abeyance. The amendments do aim at making payment of VAT by businesses hassle-free and also beefing up the revenue earning through hike in the amount of turnover-based VAT payments by small enterprises.

The proposed budget for the fiscal year 2016-17 leaves the tax-free income limit unchanged. Last year, the exempted income threshold for individual taxpayers was Tk. 250,000 with a scope for changing this threshold for various types of taxpayers. Mr. Muhith said in his budget speech “In the next year, I propose not to bring any changes in these tax rates.” The minister’s proposal for the next fiscal means an individual with an annual income of over Tk. 250,000 will have to pay taxes. for female taxpayers and senior citizens aged over 65 years, the threshold is Tk. 300,000. The ceiling for people with disability is Tk. 375,000 and for freedom fighters Tk. 425,000.

The minister also proposed to keep the minimum tax rate unchanged. Currently, taxpayers residing in Dhaka and Chittagong city corporation areas have to pay the highest tax at the rate of Tk 5,000, while the rate is Tk 4,000 for taxpayers living in other city corporations and Tk3,000 for taxpayers living outside the city corporation areas. The existing tax rate for publicly traded  companies is 25%. and for non-publicly traded companies is 35%. It is a bit higher for some specific sector. The tax rate is Bangladesh remained in a very rational level and as such I propose these rates to remain the same. But The government has proposed to reduce corporate tax to 20% from the existing 35% for the country’s export-oriented ready-made garment industry (RMG).  “The RMG sector is one of the main sectors of Bangladesh among the export-oriented industry. The sector plays an important role in employment generation and contributes a lot to the GDP. Considering these aspects, the sector had given tax rebate in the previous years, and in continuation of that, this year I propose 20% corporate tax for the country’s RMG sector,” Muhith said in his budget speech.
Source tax for export oriented sector rises to 1.5% for the next fiscal year, according to the Finance Bill 2016. If in the last budget the source tax was proposes at 0.80% which was later reduced to 0.60%. [Tax Slab & Rate 2016-17-Coming Soon]

THANK YOU FOR CONNECTING WITH US.