Bangladesh Windies Ireland Cricket Series was held in Ireland. For the latest information, read this post.

Bangladesh, Windies, and Ireland have played a tri-nation cricket series in Ireland. As you know, this series happened just prior to the ICC World Cup 2019. Bangladesh and Windies are taking part in the world cup. So, it was good practice for these two sides. Besides, Ireland, playing on their home ground, also looked to defeat the better sides. They tried to gain some respect in the international arena. 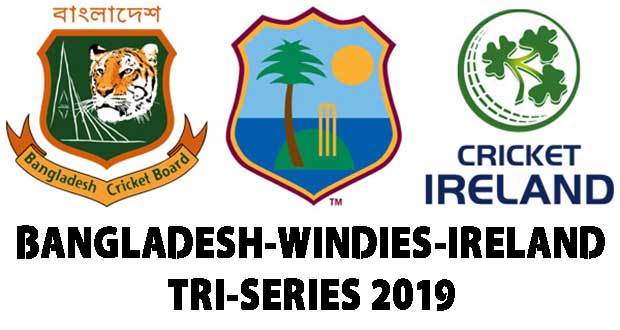 7 ODI matches were played among the three sides in 2 venues. They are:
1. Castle Avenue, Dublin
2. The Village, Dublin

N.B: All times mentioned above are in Bangladesh Standard Time (BST).