Bangladeshi showbiz celebrity, Sensation, Dream girl, Princes of Dhallywood Mahiya Mahi was born on 27 October,1993 in Rajshahi. She was raised up in the city Dhaka, Bangladesh. She has completed her SSC from Uttara High School in 2010 and HSC from Dhaka City College in 2012 with brilliant results GPA 5. She is currently studying fashion designing at Shanto-Mariam University of Creative Technology. Mahiya Mahi came in film when she got an offer from Jaaz Multimedia. Her debut film BHALOBASHAR RONG in 2012 which was blockbuster hit 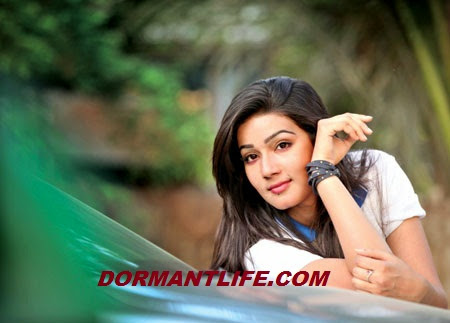 Let’s see her personal information as under:

In 2012 Mahiya Mahi’s film carrier started by film Bhalobashar Rong opposite to another debutante Bappy Chowdhhury. This film as the first Dhallywood Digital Cinema according to Jaaz Multimedia.

In 2014 Mahi’s three film has released 1. KI DARUN DEKHTE 2. AGNEE 3. DOBIR SAHEBER SONGSAR and her upcoming film DESHA- The Leader, In this film she plays the role of a journalist, also this is the first time she will be found as a lyricist in the movie. Another upcoming film are ONEK SADHER MOYNA, MONEY-MOON. On April 2014 Mahi became the brand ambassador of the famous beauty brand FAIR & LOVELY.

In 2013 Mahiya Mahi got Maril Prothom Alo Best  film actress for her film ONNOROKOM BHALOBASHA and also The Daily Ittefaq and Asian TV program MOVIE BAZAAR as the best actress of 2013.

Some Latest and hot photograph of Mahiya Mahi are here.

THANK YOU FOR CONNECTING WITH US